HBCU Foundation To Receive Up to $50,000 Donation from Walter Payton Man of the Year Nominee Bobby Wagner 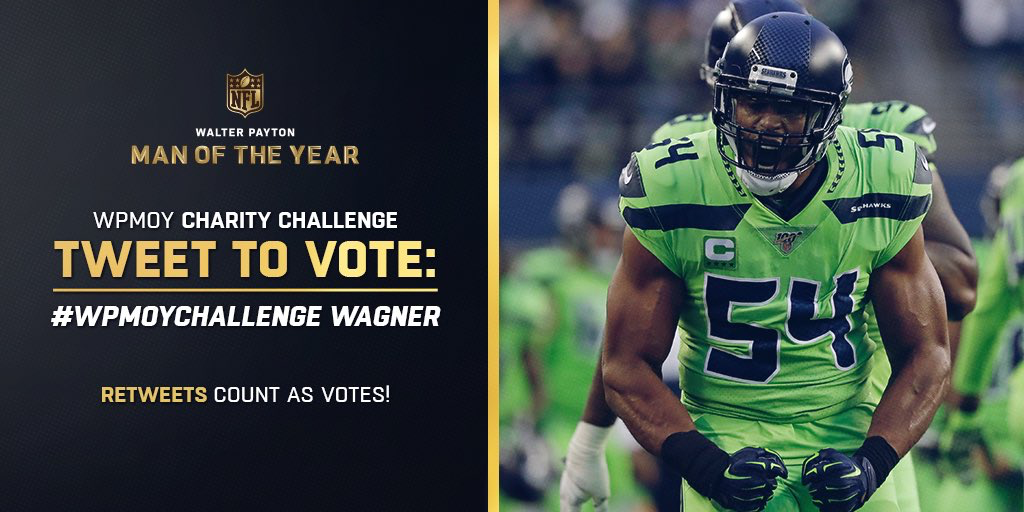 Columbus, Ohio (www.thehbcufoundation.org) The HBCU Foundation, a Columbus, Ohio-based nonprofit whose aim is to provide scholarship aid to deserving students attending Historically Black Colleges and Universities, recently announced a major donation from Seattle Seahawks Walter Payton Man of the Year nominee, Bobby Wagner, for up to $50,000.

The donation represents the growing organization’s single-largest donation to date and its second-most public since 2017, when celebrity contestant Jermaine Fowler designated The HBCU Foundation as his charity of choice on the SpikeTV television show “Lip Sync Battle”, hosted by LL Cool J.  Wagner – not an HBCU alumnus himself (Utah State), when asked why he designated The HBCU Foundation to receive the donation, offered: “I chose The HBCU Foundation because they don’t always get the support they deserve and the support they need.  I feel like I had an opportunity to be a person that supports them.”

HBCU Foundation Executive Director, Daniel Moss acknowledged the gift on behalf of the foundation, stating, “We are extremely humbled by Mr. Wagner’s donation, along with his thoughtful consideration of the plight of the roughly 300,000 students we serve. We were especially moved by his absolute insistence that the donation be put to use on behalf of students attending all 102 of our member institutions.  Needless to say, we look forward to an on-going dialogue with Mr. Wagner, to ensure his donation achieves maximum affect.”

In build-up to the Walter Payton Man of the Year Award announcement on February 1st, fans are encouraged to participate in sponsoring organization Nationwide’s 5th annual Charity Challenge, a social media campaign designed to support and promote team nominees. Fans can vote for Wagner on Twitter by Tweeting and Retweeting using #WPMOYChallenge Wagner , being sure to include the space before “Wagner”.  Retweets count too. The player whose unique hashtag is used the most between Dec. 12 and Jan. 12 will receive a $25,000 contribution to their charity of choice, while the second and third place finishers will receive $10,000 and $5,000 donations.

To help The HBCU Foundation and Bobby Wagner on their quest in support of HBCUs, visit: https://thehbcufoundation.org/nfl

About the NFL Walter Payton Man of the Year Award:
The Walter Payton NFL Man of the Year Award recognizes an NFL player for his excellence on and off the field. The award was established in 1970. It was renamed in 1999 after the late Hall of Fame Chicago Bears running back, Walter Payton. Each team nominates one player who has had a significant positive impact on his community.  The winner of the award each year receives $250,000 donated to the charity of his choice. All other 31 nominees will receive a $50,000 donation in their name donated to their charity of choice. All donations are courtesy of the NFL Foundation and Nationwide. To learn more, visit: www.nfl.com/manoftheyear

About The HBCU Foundation:
The HBCU Foundation is a nationally-focused, federally-recognized 501(c)(3) nonprofit organization, whose aim is to provide scholarship aid to deserving students attending Historically Black Colleges and Universities. To learn more, visit: www.thehbcufoundation.org