And now, Bobby Wagner is being recognized for his excellence off-the-field as the Seattle Seahawks nominee for the prestigious Walter Payton NFL Man of the Year award.

The award recognizes NFL players across the country who strive to make their communities better and continue to raise the bar on community engagement. Wagner checks both boxes. 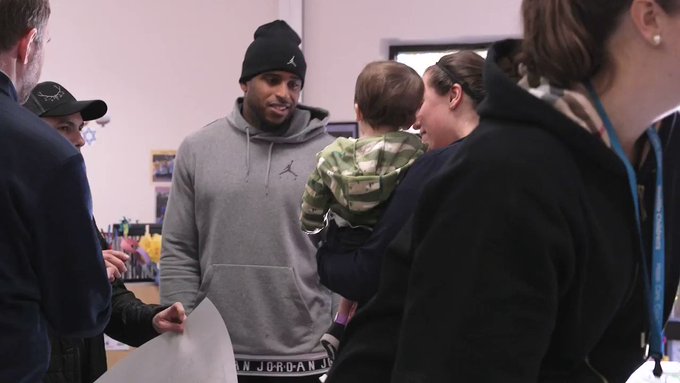 The Seahawks linebacker has given back to the Seattle community in a number of ways. He’s partnered with the Low Income Housing Institute’s “tiny house” project to help provide homes for those in need. He’s hosted the “Walk with Wagner” events at the VMAC, in honor of Stroke Awareness month.

“When I do it, it’s genuine,” Wagner said of his gesture. “It’s from the heart. I don’t really care if people see that I do it or notice that I do it or even recognize that it’s me doing it. I just do it because I feel like there’s a lot of people out there that need a hand, and I try to lend a hand.”

Each Man of the Year nominee receives a donation up to $50,000 to spend on their charity of choice. Wagner has selected the HBCU Foundation, a foundation that provides scholarships to students attending historically black college and universities.

The 2019 Walter Payton Man of the Year will be announced on Feb. 1 during a two-hour primetime awards special airing the night before the Super Bowl.